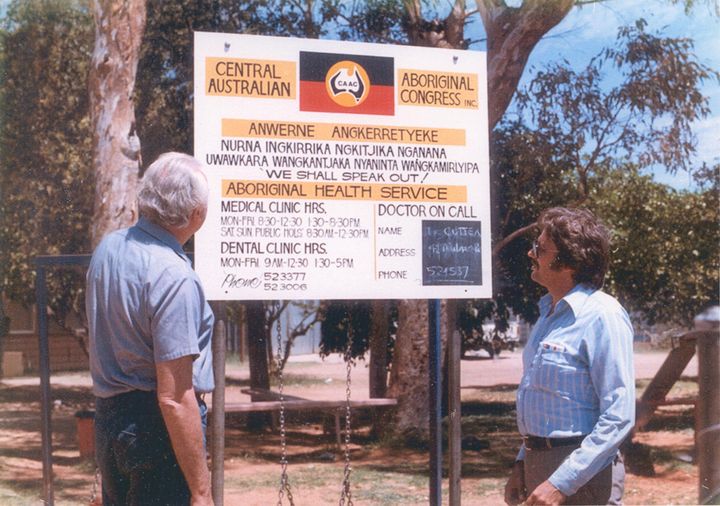 On this day 44 years ago, the name “Central Australian Aboriginal Congress” was officially registered.

Did you know that Congress was originally called the Central Australian Aboriginal Rights Committee?

That name, originally adopted at Congress’ foundation meeting in June 1973, was changed to Central Australian Aborigines Congress soon after.

The change to the long-standing name Central Australian Aboriginal Congress was adopted at the 1976 AGM and then officially changed on 14 April 1977!

This was a very important time for Congress. The first clinic in Hartley Street had opened just one year before in October 1975, using a grant of $339,000 from the Commonwealth Government. (That would be worth about $2.7 million now, in 2021). Two doctors, two nurses and other staff were recruited at the time. The Commonwealth Minister for Health, Dr Everingham was reported in the Centralian Advocate (14/8/1975) as saying the new clinic would give Aboriginal people confidence in medical treatment because they could build up trust with the clinic staff.

The Hartley Street clinic was busy from the day it opened. In 1976, it provided nearly 10,000 episodes of care. Congress staff also started to help remote communities establish their own community controlled health services. Congress services have expanded a lot since that time. In 2020, our town clinics saw over 13,000 Aboriginal people on average 10 times each in the year. That’s over 130,000 episodes of care!

Do you know this man’s name? Can you tell us? Email congress.history@caac.org.au