BACK TO NEWS
Menu
Menu
BACK TO Events
Menu
Menu 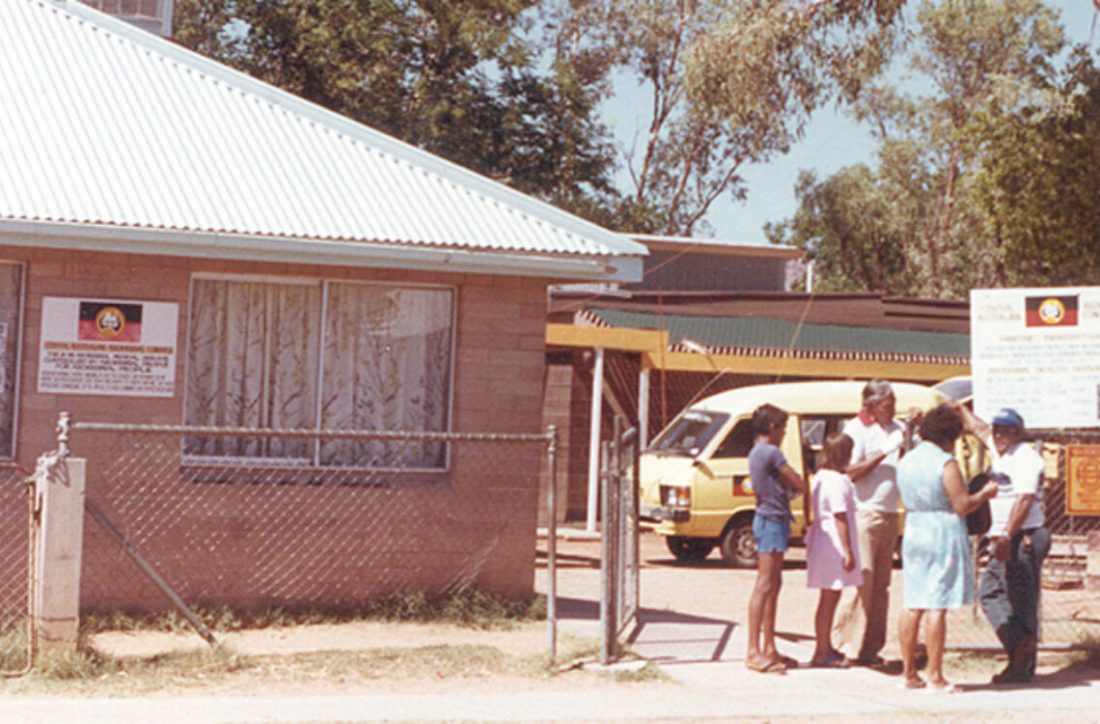 The name was modelled on the Congress Party of Mahatma Gandhi and it was open to all Aboriginal people in Central Australia.

Over one hundred people from town and bush talked about the need to safeguard and promote the interests of Aboriginal people.

Congress’ initial aims were to be a voice for the Aboriginal people of Central Australia on all matters that concerned them.

A Cabinet was elected to represent people from Central Australia. Congress was the second organisation of Aboriginal people formed in the region (CAALAS was formed the morning of the same day) and one of the first in Australia.

Congress’ first service was a ‘Tent Program’, providing shelter to Aboriginal people in town. As time went by, other Aboriginal organisations grew to take care of issues like housing, education, and land. But health remained a great concern for Aboriginal people, and in 1975, Congress started a Medical Service in a house on Hartley Street. A doctor was employed and transport and welfare services set up.

Congress became the voice of Aboriginal health. The Congress Clinic moved to its current premises on Gap Rd in 1988. Congress Alukura opened on its current site south of the Gap in 1994.

In December 2012, it was voted at a General Meeting that Congress would register under the Corporations (Aboriginal and Torres Strait Islander) Act 2006 (CATSI Act), and the organisation officially became Central Australian Aboriginal Congress Aboriginal Corporation.

You can still receive services from any other Congress clinic. Please call the next closest clinic to you and ask for an appointment. Kele.