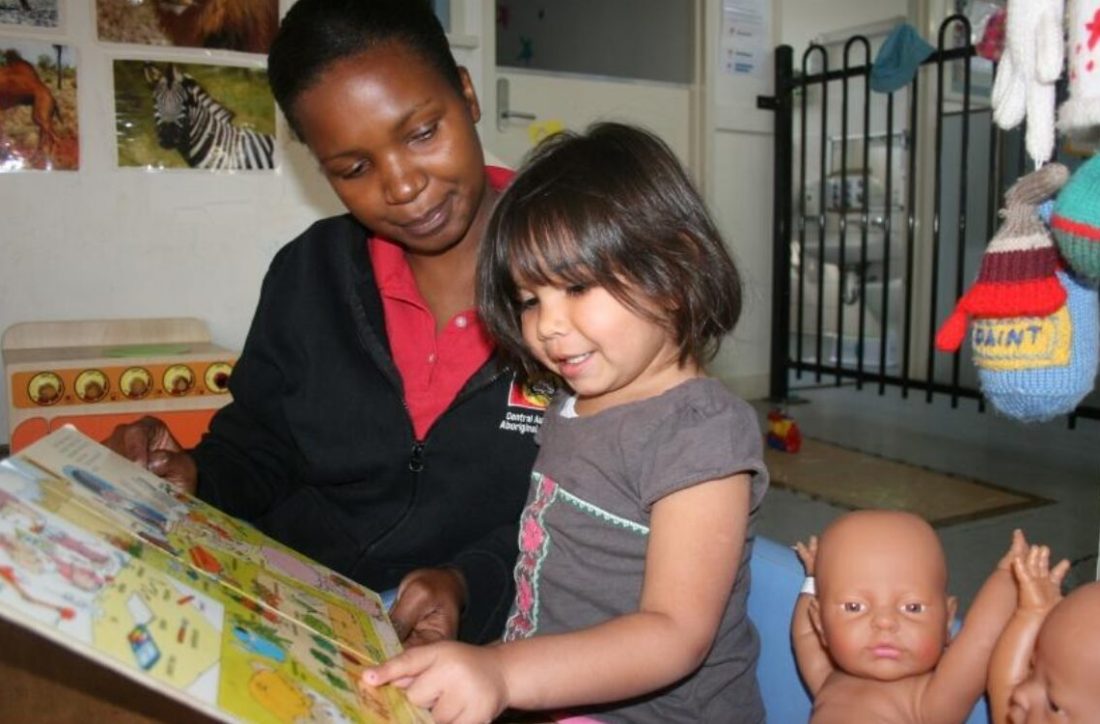 Central Australian Aboriginal Congress (Congress) today welcomed the release of the latest Close the Gap Progress and Priorities Report as a sign of continuing national commitment to transparency and accountability to achieving Aboriginal health equality, however, it remains concerned by a lack of progress made against education and employment targets, as key social determinants of  health.

“The report reveals that as a nation, we are unlikely to meet key headline targets such as closing the gap on the overall life expectancy of Aboriginal people, if we keep doing more of the same,” said Congress CEO, Donna Ah Chee

Significant Life Expectancy gains are evident in the Northern Territory, including maternal and child health outcomes due to health system improvements, however, progress has slowed and this is concerning.

“Investment in Aboriginal community controlled primary health care continues to show results but the sector is reaching its limit on gains made through health system improvements and as such, we need to focus on the other social determinants of health.

A heartening finding of the Close the Gap report is the continuing improvement to halve the gap in mortality rates for Indigenous children under five years of age.

“The focus must now shift to supporting healthy development in young children so that they have the capacity and capability to realise their full potential.

The current AEDC scores show that there is a long road ahead and it will only get longer unless there is a greater focus on the early years.

The National Aboriginal Health Summit held in Darwin last year noted the critical importance of the early years and recommended the introduction of a new headline CTG indicator:

“This is a critical outcome measure for achieving equality by age five and this is the foundation to realising targets for improving NAPLAN scores and other key CTG indicators.

The summit also urged for support for the introduction of a second new headline indicator concerning justice for Aboriginal people. This recommendation was supported by key national leaders at today’s launch including the opposition leader. The proposed new indicator is:

The incarceration rate for young Aboriginal and Torres Strait Islander people between the ages of 15 and 30 be reduced by 50% by 2025.

Congress calls for a bipartisan commitment to implementing these new indicators so governments and other stakeholders are all made accountable.

“We know that Closing the Gap is a long-term agenda and if we do not commit to the necessary investment and collaborative, needs-based planning between governments, Aboriginal organisations and other stakeholders within sectors, progress will be stalled for a long time to come.

“Preference must be given to supporting Aboriginal community controlled organisations as these provide the best pathways to closing the gap. Currently, this is not happening consistently and as such, gains made due to collaborative, needs-based planning are under threat as more and more private providers enter an increasingly fragmented service system”, she continued.

“Here in the NT, access to affordable, healthy food is a major concern, and unless this is addressed through subsidies derived from a possible glucose tax, obesity and diabetes rates will continue to rise. There is also a need to implement the recommendations from last year’s report on alcohol abuse in Aboriginal communities and, in the context of the current tax debate, this includes the need for a volumetric tax on alcohol and a minimum unit price.

“There is a need to consider public health taxes and incentive schemes to support healthier lifestyles for all Australians and an even greater benefit will be derived for more disadvantaged Australians, especially Aboriginal people.

“All governments must continue to build on systems and processes that support ongoing two-way engagement with the Aboriginal and Torres Strait Islander community controlled sector in order to reach the CTG targets through a genuine partnership approach,” concluded Ms Ah Chee.