The Good Kidney Riddle: Preventing Disease and Dialysis in the Younger Generations 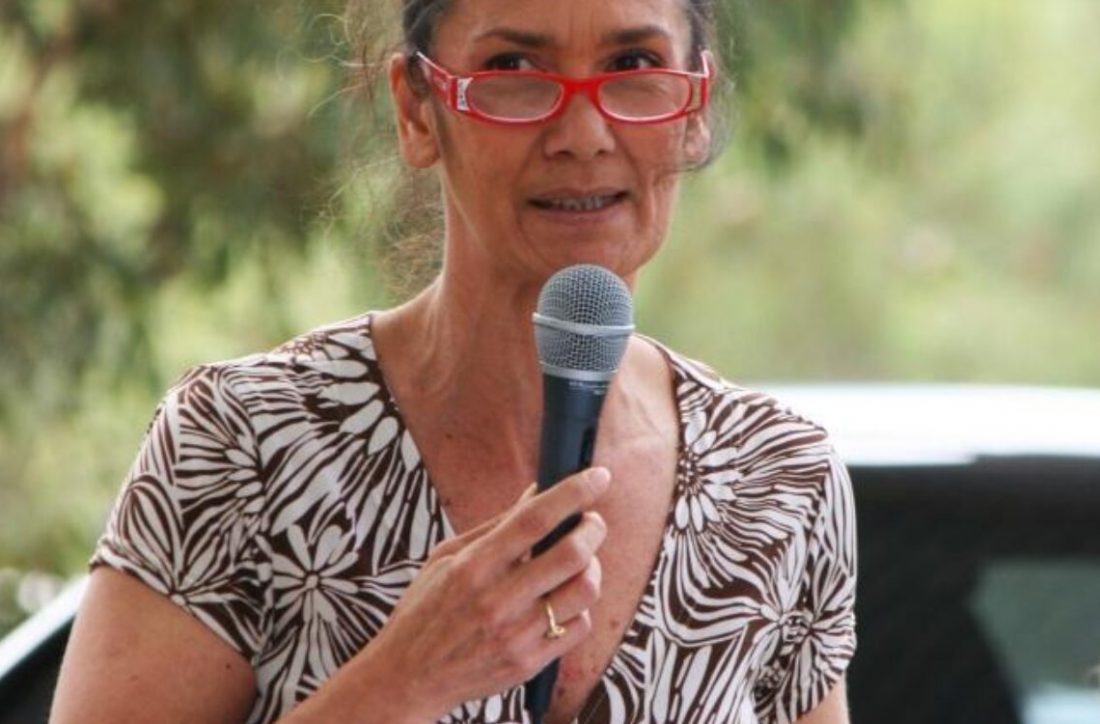 The stark reality of the numbers of Aboriginal people on dialysis here in Alice Springs is a constant and real daily reminder of the work that still needs to be done to address Aboriginal health disadvantage and Close the Gap in our life expectancy.

However, at the outset I think it is vital to acknowledge the very real health improvements that are now being seen in the prevention and treatment of chronic illnesses, the very diseases that have created this kidney disease crisis.

Since the beginning of the Primary Health Care Access Program (PHCAP) in the NT back in 2001, there has been a continuing improvement in life expectancy amongst Aboriginal people in the Northern Territory, primarily because of a decline in premature deaths in midlife caused by chronic illnesses.

The NT is currently the only jurisdiction on track to Close the Gap by 2031, if the current trend continues.

There is now much better access to evidence-based treatments, including medicines, than was previously the case. We have many more health professionals on the ground now. This has helped to detect renal disease early and slow its progression.

However it is vital that we do much more in terms of the primary prevention of renal disease in the first place, and this requires action to prevent the epidemic of obesity and diabetes.

I have just been to a national forum in Canberra on this issue, organised by Diabetes Australia. Congress made four key policy proposals to address the prevention of the obesity and diabetes epidemic:

To re-establish the Primary Health Care Access Program, or PHCAP, so that the expanded primary health care core services model can be fully funded and so make further improvements in access to primary health care
To fund the key early childhood programs (ante-natal and for the first three years of childhood)  that will help to ensure that all young people have good self-regulation and impulse control and will be more resistant to the development of addictions including fat and sugar
To introduce an alcohol floor price, as cheap alcohol consumption is a major contributor to obesity and the inability to self-manage chronic disease
The introduction of a 20% tax on glucose—especially on the glucose in sugary soft drinks—and fat, with hypothecation of the tax to ensure that the tax is used as a subsidy for fresh fruit and vegetables
We must get much more serious on the prevention of renal disease than we have been up to now.

However, there are now some early signs that for the first time the rate of increase in End Stage Renal Disease may have at least plateaued, as the number of new patients coming on to dialysis in the NT has declined slightly for the first time.

There are many reasons for this, but it is at least partly due to the real improvements that have been made in the NT health system, where a large injection of new resources have been allocated over the last decade in a planned way, according to need.

Unfortunately, in recent years many new resources have been allocated through competitive tendering. This form of funding allocation has been fragmenting the health system, and has the potential to slow down the gains that we have made up to now.

Also, the way that renal dialysis services are being delivered has not been part of this change process. We are largely stuck in the same “centre-based” approach that we have had for decades, with patients being given little option other than to move to Alice Springs and other major centres to  go on to dialysis.

It should be acknowledged that there have been efforts to get some dialysis patients home on ‘self-care’ home haemodialysis, but only a very small proportion of our people are currently capable of achieving this.

Congress has advocated for many years for the option of nurse-assisted home-based haemodialysis for all of the reasons outlined in the Central Australian Renal Study, which was completed in 2010.

Congress recognises the work being done by the Western Desert people to help themselves deal with the high levels of kidney problems in their communities.  They have led the way in taking initiatives to ensure that there are better options, including nurse-assisted home haemodialysis.  Where government have failed to deliver, Aboriginal people have had to try to fill the void with their own funds.

The Western Desert Nganampa Walytja Palyantjaku Tjukaku remote area dialysis services organisation has shown that nurse-assisted home haemodialysis is not only possible, but also very highly valued by the community. This vision needs to be built on by using existing government resources differently; dialysis needs to be decentralised, and provided out bush where people live. It is very likely that this option is not only better but also cheaper. It is not acceptable that in the absence of this option some of our people are choosing to die at home without life-saving dialysis treatment.

There have also been some encouraging signs recently in terms of improved access to renal transplantation for Aboriginal people, with more than 20 transplants in the NT last year. There is still a lot more improvement needed in this area because renal transplantation is the definitive treatment for End Stage Renal Failure, and allows people to live a full, active and healthy life once more. We know that a lot of dedicated people are working hard on this issue.

There has been a lot of work done to bring kidney disease in remote communities to the attention of governments. This work was distilled in the 2010 Central Australian Renal Planning Study.Congress is very concerned by the refusal of the state and Territory governments to engage with the key recommendations of the Renal Planning Study. This is why we need stronger advocacy and political action. This is why we need the new Kidney Action Network.

There has been a failure to recognise and act on the fact that Alice Springs has to be the hub centre for delivery of services to people in most of the tri-state (NT-SA-WA) cross border desert areas, which rely on Alice as their natural, geographic, social and cultural regional centre.

The failure to provide serious support to the ‘Alice Springs hub centre’ concept means that many patients are still forced to move to Adelaide and Perth, which are too far from their families, communities, social life and cultural necessities.

Congress fully recognises the impact these planning and infrastructure failures have on individuals, their families and their communities. Congress also recognises that tri-state planning is not something that has ever been done well. This is a big challenge for our complex, federated system.

For the sake of the End Stage Renal Patients across the whole of central Australia, we have to get this tri-state planning right and ensure people are provided the right type of renal replacement treatment in their home communities. This must include nurse-assisted home haemodialysis. We also have to address the obesity and diabetes epidemic through effective prevention. We need to all join together through this new Network and make sure all the necessary changes are achieved.

This speech was also published on Croakey: the Crikey health blog. View it online here >>