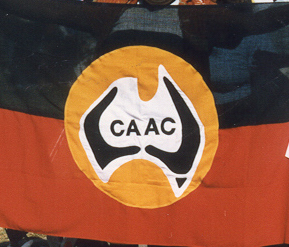 Today Central Australian Aboriginal Congress responded to the broadcast on 24 October of the ABC TV Four Corners Program ‘How many more?’ outlining the crisis of murdered and missing Aboriginal women in Australia.

Acting Chief Executive Officer, Dr Josie Douglas, said: “All of us here at Congress would like to pass on our heart-felt condolences and pay our respects to the families and loved ones of those First Nations women whose lives have been so brutally ended.”

“This epidemic of violence against Aboriginal women is abhorrent and has to stop.”

“We are very concerned that too often the policing and justice systems fail to protect Aboriginal women by not taking their reports and concerns about domestic violence seriously.”

“As we saw on Four Corners, Aboriginal women are reporting domestic violence. They should receive the same level of protection and response as any other Australian citizen.”

“But what we often see is a system that fails to intervene even when the danger signals are very clear. We know that much more is needed to be done across the entire system.”

“We also need to recognise that many of our men lead rich family lives and are not perpetrators of violence and this needs to be acknowledged – otherwise the impression can be created that all Aboriginal men are perpetrators, and this is definitely not the case.”

“Violence against women is not part of our culture,” he said. “There is no excuse for it, and men who attack women must face proper punishment through the courts.”

“However, in addition to much needed increases in services for our women, we also need to address the trauma our men carry that can lead them down the path of disrespect and violence.”

“We need services that can help these men. Some of them have grown up in situations where they have been subjected to violence themselves, and where they have witnessed violence, including to women.”

“We need to break that intergenerational cycle and get them back on the cultural path of respect and dignity.”

“Congress undertook as large consultation process with the Aboriginal men in our community and it was clear that men want to change and know they need to change. They want a men’s shelter to be established as a place they can go to and receive trauma informed care. They are the ones that need to leave the home so women and children are not being displaced.”

Dr Douglas concluded by pointing to alcohol being a significant factor in family and domestic violence, increasing the severity of violence and harm.

“We also need to recognise the devastating impact of alcohol as one of the drivers of domestic and family violence.”

“The recent removal of the Stronger Futures legislative protections is already leading to higher levels of domestic violence against women in Alice Springs.”

“We call on government at all levels to act immediately to address this situation.”