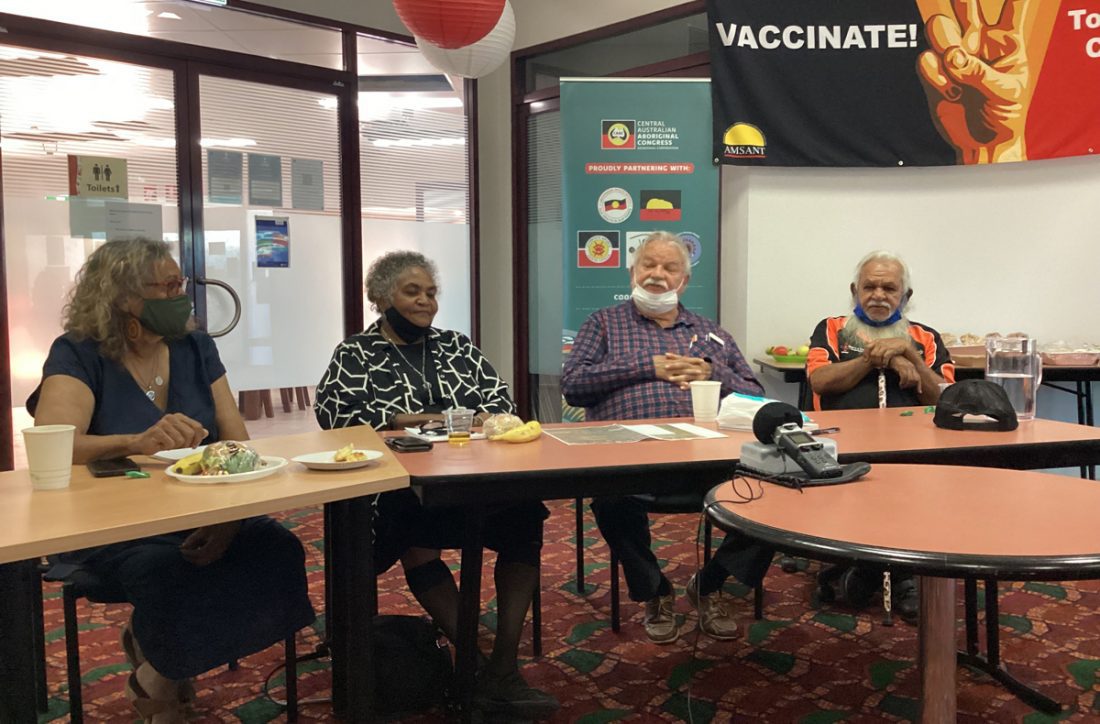 Neville Perkins was born and grew up in Mparntwe, then went to Sydney to Newington School and Sydney University. He was just 21 years old when he founded Congress in 1973. He worked with people in town and from bush communities to get the Aboriginal Legal Service (CAALAS, now part of NAAJA) established in 1972, then Congress in 1973. Later he helped with getting other Aboriginal organisations going in central Australia.

Dawn Mack Ross started work as a secretary in 1974 when the Congress Office was in Railway Terrace where the Coles Complex is now. She later worked in administration in the first Congress clinic in Hartley Street after it opened in October 1975.

Geoff Shaw first worked in Congress doing pick up services and in the night shelter with Patrick Thomas. In 1975 he was the Congress Liaison Officer, and the Congress representative on the Alcohol Action Committee in 1976. In 1977 he became the Senior Coordinator of the Congress Welfare Division and was elected President of the Congress Cabinet in 1978 and 1979.  He has served Tangentyere Council for very many years, currently as President.

We thank the hard work and dedication of these people, and many others, in those early days. It was instrumental to the health of Aboriginal people living in Central Australia from then and to this day.

Eileen Hoosan appreciated being part of this forum. She said “it was good for Neville to be given recognition and respect. Without Neville we wouldn’t have Congress”.

She’s also happy for the future of Congress; “Congress is in good hands today with strong leadership. Chairman Graeme Dowling has a good relationship with Tangentyere President.  Donna Ah Chee is an excellent CEO, and my favourite, Dr Boffa. He reminds me of Dr Cutter – compassionate and caring.” (Dr Trevor Cutter was the first doctor to work at Congress).